Protecting Your Facilities from Bioterrorism 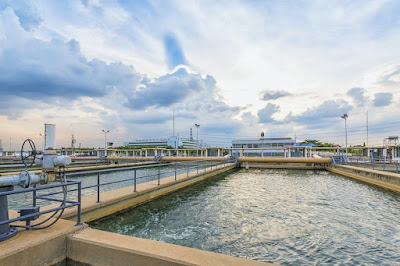 Just as you ensure that your facilities are blast- and collapse-resistant, a comprehensive security risk assessment should also place special attention on HVAC ventilation and air filtration, systems and water supply to help reduce the risk to employees’ well-being and mass contamination of your work environment.

Any facility should look at building elements to ensure that adequate protection is in place. Preventing both forced and covert entry is the basis for everyday security. Examine access control, the configuration of building entrances and forced entry resistance in windows and doors. Establish an intrusion detection system (IDS) for both forced and covert entry, identify assessment requirements for both guards and closed-circuit TV (CCTV) systems and determine access control requirements.

Read more about anti-terrorism protections on our website!
at September 15, 2020 No comments:

Has COVID-19 Made Your Business Prepared for Bioterrorism? 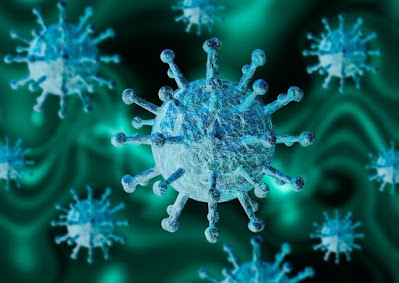 As we navigate the COVID-19 pandemic, the entire world has become aware of the impact a pandemic has on the way we live and do business. While COVID-19 is believed to be a natural outbreak of a new coronavirus and not the product of bioterrorism, it shows what a widespread pandemic can do to our society, spreading from a single village to every continent in just 36 hours. The United States has struggled to slow the spread of COVID-19, but in South Korea, scientists used lessons learned during the 2001 anthrax attacks in the United States to develop a plan for distribution of drugs, should a bioterrorism attack occur. The bioterrorism plan was the starting point for a drive-through testing plan for the COVID-19 pandemic, featuring testing centers all over the country and an easy-to-use app to locate them. Their quick response helped contain the coronavirus by identifying carriers and quarantining them before it spread further. COVID-19 gives us all the opportunity to learn from a worldwide pandemic and prepare for the possibility of bioterrorism attacks in the future.

Bioterrorism may seem like a new danger, but it has been used in warfare and terrorism since the sixth century B.C., when Assyrians poisoned their enemy’s wells with fungus. Over the past couple of decades, it has become a more common threat. Extremist groups, such as ISIS and al-Qaeda, are studying the effects of the current pandemic and the ways it is weakening the world economy and governments. In addition to determining ways to prey on the weaknesses created by COVID-19, they may develop plans to create biological attacks on their enemies, in hopes of recreating the same worldwide impact as the coronavirus. Fortunately, terroristic plots often require knowledge and infrastructure that is beyond the means of many terrorist groups, so we have not experienced any widespread damage from bioterrorist attacks to date, but bioterrorism is a real possibility that could have a tremendous impact on the way we live.

For the past 20 years, Innovative Engineering Inc. (IEI) has provided security engineering services to help protect individual buildings and entire campuses through blast and progressive collapse-resistant design, as well as helping secure these facilities from terroristic and wartime threats of chemical, biological and radiation (CBR). IEI works with the Interagency Security Committee (ISC), Department of Defense (DOD) and the Department of Veterans Affairs (VA) criteria, designing for terroristic and wartime threats. In addition, on behalf of the government, IEI provides peer reviews of other security consultants’ work to ensure its integrity. Highly trained and experienced in comprehensive security risk assessments, IEI representatives also conduct routine training seminars on security criteria. 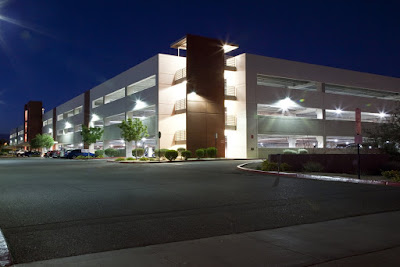 Water is the number 1 cause of parking structure deterioration. Water-saturated concrete can freeze, expand, and spall. Combined with oxygen, water can also cause corrosion of the concrete reinforcing. Exposure to deicing salts accelerates this process. As reinforcing steel expands as it rusts, this process also leads to concrete spalling. Spalled concrete provides less cover or protection of the reinforcing which leads to further (and accelerated) deterioration if not repaired in a timely manner. 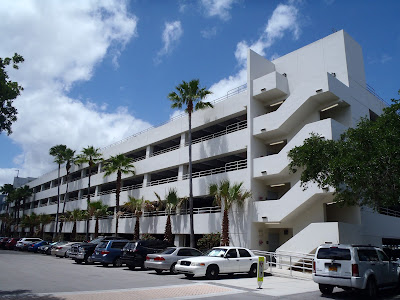 Parking structures are an integral part of cities all across the country, providing visitors and their vehicles with a place to park and shelter from the elements. They also often provide access to offices and housing.

The challenging part of maintaining a parking structure is the onslaught of environmental stressors like moisture, expansion and contraction, carbonation, and everyday wear-and-tear. Vehicles regularly entering parking structures cause dynamic loads, and leave oil, water, and other debris behind, not to mention the salt and de-icers in winter climates that are left behind during inclement weather.

Facility managers have a tough job when it comes to maintaining parking garages and protecting them from deterioration. How can you avoid costly repairs?
Read the full article on our website!
at August 01, 2020 No comments:

Drone Use in Facade Inspection 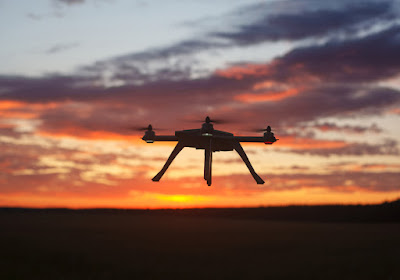 Drone use is becoming more and more commonplace in today’s world, and the United States Government has noticed. Unwanted or hostile drones in US airspace are among the top national security threats in this country today. Flying a drone in restricted areas could interrupt operations at airports, military bases, other essential facilities, or threaten safety and security at public events.

In fact, there have already been multiple security issues involving drones in the news, both domestically and internationally. In April 2018, a medical helicopter in Dallas, Texas was forced to take evasive action to prevent crashing into a drone. This drone was spotted in class B restricted airspace, congested airspace surrounding the nation’s busiest airports where drones are not permitted to fly. What’s more, the drone was operating at night, which is prohibited without a specific waiver, and was well above the maximum permitted elevation for drone flights. The drone and operator violated at least five Federal Aviation Agency (FAA) regulations and nearly caused a crash as a result. No drone or operator was identified after the near miss.

It’s clear that drones have the potential to disrupt major government and private operations in the US. But what is the likelihood of something like the Dallas near miss happening again? Brian Harrell, the Assistant Director for Infrastructure Security with the US Cybersecurity and Infrastructure Security Agency (CISA) considers unmanned aircraft systems “an imminent threat, given their retail availability here in the United States.” And he is correct; the FAA has registered 1.56 million drones in the past four years, which is more than five times the number of commercial aircraft registered in the entire history of the agency.

Of those 1.56 million registered drones, more than 1.1 million were registered as recreational craft. There are major differences between flying a drone recreationally and commercially. Recreational pilots have very lax requirements. Under previous US CFR Title 14 Part 101 regulations, the FAA did not require recreational pilots to pass any exams or certifications to fly a drone. These rules are in the process of changing, but currently all recreational pilots need to do to fly is to register their craft with the FAA, then they can fly drones weighing up to 55 pounds in uncontrolled airspace! The FAA Reauthorization Act of 2018, when fully implemented, will require hobby and recreational pilots to pass an aeronautical knowledge and safety exam before flying, as well as obtain authorization to fly in controlled airspace. The recreational pilot knowledge test is expected to be implemented sometime in 2020. But until then, recreational drone pilots will be flying with no training regarding airspace restrictions and regulations, flight operations and procedures, or risk management skills that the FAA deems necessary.
Innovative Engineering, Inc (IEI) is uniquely qualified to perform drone work as part of their engineering offerings. IEI’s certified pilots have experience flying drones for building envelope inspections, including roofing and façade inspections. IEI’s drone is equipped with a FLIR thermal imaging camera for use by certified thermographers conducting moisture, air leakage, and insulation efficiency surveys.
at July 17, 2020 No comments:

Drones: The Next Security Threat? 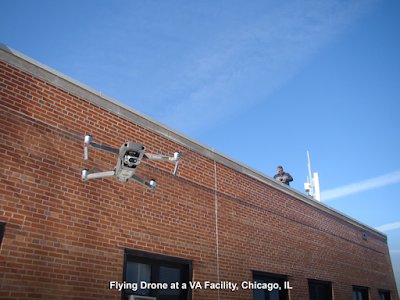 Over the past couple decades, drone technology has advanced at a spectacular rate. Global Positioning Systems, accelerometers, and lightweight components have made drones cheaper, more accessible, and better performing than ever before. There is a nearly limitless number of applications for commercial drone flight, including photography, videography, agriculture, search-and-rescue operations, land surveying, and more. Recreational drone flight has become very popular as well, with pilots using their drones to race and perform stunts as well as take photos and videos.

Drone use is becoming more and more commonplace in today’s world, and the United States Government has noticed. Unwanted or hostile drones in US airspace are among the top national security threats in this country today. Flying a drone in restricted areas could interrupt operations at airports, military bases, other essential facilities, or threaten safety and security at public events.
Read the full article on our website!
at July 01, 2020 No comments:

Building a new facility or headquarters for your company is exciting but it can be a large task. Planning can take months, and as an employer, an owner, or building manager, your job is to ensure the safety of everyone involved during construction and when the building is occupied.

OSHA requires fall protection for any worker who may be exposed to a fall of six feet or more during construction, or of four feet or more while the building is occupied, when working at height or near open edges. In addition, OSHA has prioritized ladder fall protection as the number of injuries and fatalities from ladder falls is one of the most common workplace accidents.


Innovative Engineering Inc. is a trusted Structural Engineering resource of facility owners and managers of all sizes, including those with the nation’s largest real estate portfolios. We strive to be a true partner to our clients, providing them with honest assessments, and more importantly, sound solutions.

“Innovative Engineering Inc. (IEI) has been a trusted resource for our structural and parking garage repair and restoration needs for several years. I have personally worked with the firm as long ago as 2001. We have found IEI to be very responsive and easy to work with. Their work has been accurate, thorough, on time, and within budget. We look forward to continuing our relationship with them.” – Sarah Peek, Emory University Hospital Midtown

Contact us today for our expert advice and knowledge about fall protection, façade inspection, turn key, anti-terrorism force protection, and more. Our experts are standing by to help you!
at May 04, 2020 No comments:

Protecting Your Facilities from Bioterrorism

Protecting Your Facilities Just as you ensure that your facilities are blast- and collapse-resistant, a comprehensive security risk assessm...